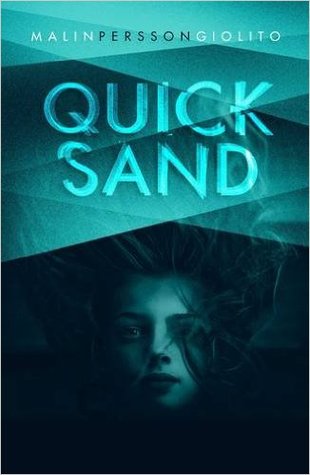 Is Maja a normal 18-year-old, the poster girl next door, popular and excelling at her schoolwork, caught in the middle of a terrible tragedy? Or, is she the most reviled teenager in the country?Maja has spent nine months in jail awaiting trial for a shooting in her school. Among those killed were her boyfriend and her best friend.

Now the time has come for her to enter the courtroom.

This book is billed as a cross between "We Need to Talk About Kevin" and "The Secret History". It's said to be for fans of "Serial" and "Making a Murderer". It's the winner of Sweden's Best Crime Novel 2016 and the press release that came with my proof copy was crammed full of incredible quotes from reviews from across the whole of Europe.

The premise of the book is established on the first page. We are in a classroom with an assortment of characters. Maja is our narrator and she tells us:

"Everyone has been shot but me. I haven't got so much as a bruise."

What happened? Is she guilty? Why did this happen? What precedes two teenagers walking into school with a bomb and guns and shooting their friends? As the novel continues with the court case of Maja we continue to ask these questions right up until the very last page. Can the story ever answer these questions? Can you ever know why these sort of tragic events happen? Can you assign guilt, judgement and punishment to one person, one moment, one thing?

The most captivating thing about this book for me was that the author is truly exploring so much more than all of these questions. By the end of the book I was still really struggling to work out what I thought and whether Maja was guilty or not and then it almost ceased to matter. The issues, themes, ideas and observations raised, discussed and described throughout the 400 pages are so interesting and so engrossing that actually I found myself asking questions about very different things from the questions I had set off with.

The novel is narrated by Maja. It is told in several different sections. There are the sections set in the court room as the trial is taking place, then we go back in time to read about the friendships, relationships and events leading up to the shooting.

Initially I found it a little hard to get into the story as the legal terminology, long sentences and immense detail was quite a lot to take in. Also although the reader has been told what happened, we have not been given much detail and so we are still trying to piece together what actually took place, who was there, why Maja was there and what she might or might not have done. We hear things from Maja, the lawyers and the newspapers which creates tension and ambiguity and though this is effective in the long run, initially it just took me a while to get used to it. We are in court but rather than finding out any answers, I found I was asking more questions.

At first I was also confused about Maja and how I was supposed to feel towards her. She is 18, she is a good student, she has a good home life and was in a relationship with lots of friends.  But she appears to be responsible for killing several innocent people. She narrates the novel in a clear, intelligent voice which feels very authentic and shows insight to the kind of relationships was involved with. She understands the duplicity and the manipulation in friendships, the importance of appearance and the competition for popularity at school. Sometimes Maja made me feel sorry for her and think she was innocent and sometimes she was vague, ambiguous and more scathing. She is a fascinating character. As the title implies, she is like quicksand, there are two sides to her which keep shifting and often leave you wondering which to believe. I loved reading her story.

After the first court scenes, the novel moves back to a section titled "Sebastian and Me". I really enjoyed this shift of location, time and context. This section had more of a YA  / crossover novel feel to it. I really became immersed in the relationships Maja was involved in and the character of the enigmatic and complex Sebastian. I really enjoyed Maja's dilemmas about being in love with him yet not being in love with him - needing to help him but not knowing how to help him, a boy who was privileged but deprived. As the chapters continued I became more attached to Maja as a character and began to build more of a relationship with her. I was not always sympathetic towards her or able to relate to her situation but I was invested and I wanted to see where we were heading and what ending we were moving towards.

The novel then alternates between the court scenes and sections recounting the relationship between Maja and her best friend Amanda and then with Samir. The reader might assume that the court scenes will dominate a book about finding out whether it's main character is a victim or a killer but actually it is more about the lives of the teenagers, their interactions, their experiences and their home lives. There is more to glean from these passages than the statements given in court.

This is a dense novel. It's one to immerse yourself in. It is thought provoking, considered and intelligent. It is about social, political and economical issues. It is a reflection on Sweden and Europe and it is also a novel about 18 year olds who negotiate their way through first love, sex, school and relationships with their parents. It has weight, depth, excellent characterisation and a gripping plot. It is a lengthy novel and it requires concentration but it is so rewarding and so well constructed that it truly does deserve every single one of the accolades it's already won and will doubtlessly go on to receive many, many more.

This book is hugely impressive. It can not be summed up in one word or one genre. It is a court room drama, it is a murder story, it is psychologically thrilling, it is a coming of age novel. It is a must read.

Quicksand is published by Simon and Schuster on the 6th April 2017.