The Bird Tribunal by Agnes Ravatn 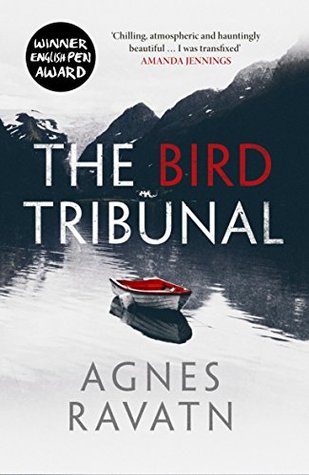 TV presenter Allis Hagtorn leaves her partner and her job to take voluntary exile in a remote house on an isolated fjord. But her new job as housekeeper and gardener is not all that it seems, and her silent, surly employer, 44-year-old Sigurd Bagge, is not the old man she expected. As they await the return of his wife from her travels, their silent, uneasy encounters develop into a chilling, obsessive relationship, and it becomes clear that atonement for past sins may not be enough…

Haunting, consuming and powerful, The Bird Tribunal is a taut, exquisitely written psychological thriller that builds to a shocking, dramatic crescendo that will leave you breathless.

I have wanted to read this relatively short novel since October when I heard Ravatn speak at the Killer Women Crime Festival in London. Ravatn was part of the "Fresh Blood" panel and she was intriguing and quite spellbinding. She hinted of her own obsessions with social media, of retreating to a log cabin deep in the forest for a few weeks to complete her first draft and her crisp, clear voice held the audience captive. It was obvious to me then that this woman was special! And copies of The Bird Tribunal had sold out before I had even made it to the pop up bookshop at the back of the hall - it had clearly made an impression on everyone that day! I bought it as soon as I got home!

I think what struck me the most about The Bird Tribunal is how distinctive and unusual it is. There are definitely some echoes of "The Collector", or perhaps even "The Woman in Black" or "Misery", lurking deep, deep within the shadows of this story, but Ravatn has produced a novel that feels unique and extraordinary. The voice is original and the premise is unnerving and chilling in a way that hadn't unnerved or chilled me for a while.

The prose is sparse, the writing stripped back so that every single word carries weight, atmosphere, tension and intrigue. It is beautifully understated. The entire novel takes place at the remote location of Bagge's house, on an isolated fjord which immediately creates a sense of vulnerability. Even though Allis is desperate to escape her 'real life' and hide away in the depths of the countryside, there is something too isolating, too remote and too cut off about this house to make it feel safe. There is something unbearably intense about the setting and this is also shown through the fact that the whole novel is centred around Bagge and Allis only. Ravatn has achieved something remarkable in that she is able to sustain the tension, plot and characters for the entire 220 pages with only two people on stage and such little external interaction. This book takes place in the present - although there are a few references to the past, there are no flashbacks or subsequent narrative voices to supplement the prose; this is just Allis, Bagge and the fjord.

The book is so absorbing that it is impossible to extract yourself from the pages, the characters or from the place it takes you to. What I found most engaging about this novel, and what I think proves Ravatn to be a unique and exceptionally talented writer, is that it wasn't that this book was a page turner; it wasn't that it was an action packed plot driven thriller, it wasn't that the characters were always likeable, sympathetic or emitting a sense of peril and pity, but there was something incredibly fascinating about the story. There was something about it that completely bewitched me. I wasn't always sure whether it was black magic or white magic that had cast such a spell on me, but this book is without doubt, unputdownable.

Perhaps you have to buy in to the set up of the novel a little. Allis - a TV presenter-  has accepted a job to be a housekeeper and gardner to a man in the middle of nowhere. When she arrives her employer is distinctly distant and mysterious.

"He didn't seem particularly bothered about making eye contact with me as he spoke. I was the help; it was important to establish a certain distance from the outset."

He doesn't want to be interrupted. She mustn't enter his workspace. He disappears for hours at a time. He wanders around the house at night. He takes his meals at specific times of the day with specific requests about the quantity and type of meal it should be. He doesn't want her to eat with him. He will give her money as and when she needs it or the job requires it. And he does not make eye contact.

And where is his wife?

After a while, even Allis wonders about what she has got herself in to.

"Something wasn't right about this place; it was home to a married couple, yet the garden was a neglected mess.....he locked himself in his workroom all day long. His wife away like this."

But by then it is as if there is something more magnetic and powerful keeping Allis at the house. There is something that a stops her from wanting to give up this job. The shopkeeper - at the only shop 2 km away, someone who perhaps we expect to be an ally and perhaps offer Allis an escape route - watches Allis with a "critical air". "She knew who I was" claims Allis mysteriously.

Who is she? And is this why she stays? Does Allis have a secret too? What has she run away from? What is she hiding from? And why does she want to stay here, hidden away rather than returning to her life, job, partner and home? As they say, nothing is ever as straight forward as it first seems....

As the novel continues, Allis becomes a more complex character. There is something unsettling and disconcerting about her behaviour. Amongst the sparse, taut prose, Ravatn drops clues and hints that Allis might not be the person we think.

"It was clear that the person staring back at me had just done something that she knew was irrational; it was a look that I had seen a hundred times before. That's quite enough of that, I thought; be pure."

We only see events from Allis's point of view. We only get her version of what is happening. Ravatn weaves a bewildering tale where Allis is caught between feeling terrified of her employer and being enraptured by him. She fears him in the shadows, she runs from him, she tries to escape him, she spies on him, she's attracted to him and she fantasises about him. It is testament to Ravatn that she creates this complex dynamic with such authenticity and conviction.

Darkness and the night time is important in this novel. It is a time when confessions are made, revelations shared, things are hidden and things are seen. Allis dreams; vivid, violent, brutal nightmares. Allis wakes, observes and listens. I did wonder whether the revelations were easier to hear in the dark, while half asleep. Somehow it makes them less brutal, less terrifying, less real maybe. I did wonder whether to trust Allis - whether in fact she was awake or asleep, dreaming or in the real moment.......Are we in the present or her subconscious?  But then this ambiguity and multi layering of the characters is what creates the tension and the dramatic finale of the novel.

I enjoyed the incorporation of nature, animals, birds and norse mythology into the novel. Allis's constant reference to Bagge as a wolf is very effective, both with the obvious connotations of danger, power and violence but also with the allusions to fairy tales and legends. Birds are central to the plot and some of the scenes with the birds are just nothing less than harrowing. I liked the reference to the 'nithing' - "the most contemptible of life forms". Seriously spine tingling stuff!

Bird imagery appears so often it is sometimes very subtle. There is a fantastic scene towards the end of the novel when Allis describes some of the material of a dress to "the colour of a mallard's head." Ravatn's prose is exceptional.

The execution of the finale is very well managed. There are secret revelations leading to further confessions and a succession of half truths which let the reader jump to their own conclusions which then have to be reconsidered as more events unravel in front of us. The pace suddenly picks up as the book draws to its conclusion.

Orenda Books seem to have an eye for picking out debut authors who bring something quite special to the market. This is a book for those who love noir fiction, love a story that confuses, challenges and grips them and for those that love a writer who uses language to such effect.

There is no doubt about it. This is a 5* read from me!

The Bird Tribunal was published in July 2016 by Orenda Books. 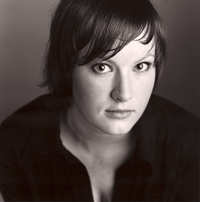 To find out more about Agnes Ravatn you can check out her profile here:
orendabooks.co.uk/agnes-ravatn/