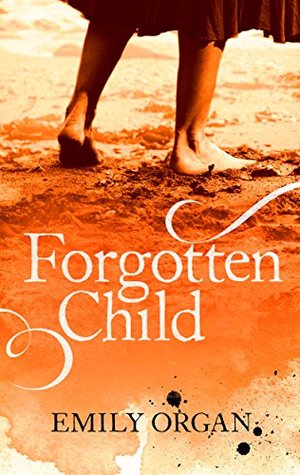 This is the second instalment in the historical thriller "Runaway Girl" series (the first is called "Runaway Girl"). The book picks up from almost where part one ended and continues the story of the main protagonist Alice Wescott. Although it could be read as a stand alone as Organ fills in the necessary gaps, I think it would probably be advisable to read "Runaway Girl" first - and to be honest, once you meet Alice, you'll want to read all about her from the beginning anyway!

So the story is set in London, 1353. Alice's husband, Thomas, took a secret to the grave -a secret he had not even revealed to Alice - which is now endangering her life and the life of the people who are as good as her family. Following a break-in, a murder and yet more threat of danger, Alice sets out on an adventure which takes her as far away as Northumberland and Holy Island as she desperately tries to right her husband's mistakes before any more innocent people lose their lives.

As with any great thriller, Organ starts her novel with a gripping prologue, deliberately designed to drag the reader right into the action. The menacing atmosphere is compounded by the anonymity of the characters and peppered with clues creating intrigue and mystery immediately. This historical novel is as gripping as any contemporary "grip lit" title!

What struck me was how quickly Organ pulls the reader back to 1353. Her description of medieval London is impressive and absorbing. It is a world of foundlings and wooden garrets where the characters are busy with their menial trades; a world where the "midsummer heat wafts unpleasantly," it's stench flowing into the shop despite their attempts to mask it with scattered dried herbs. Organ's attention to detail ensures that the setting is proficiently and skilfully established. Not only can you "see" everything, you can feel it, hear it and practically smell it!

The plot gathers pace from the off; plenty of references to the "trauma" Constance (a 15 year old girl whom Alice is responsible for) suffered from Sir Rokeby in the first book and a repetition of needing to keep the children safe heightens the immediacy of the danger they find themselves in.

I grew very fond of Alice in "Runaway Girl" and she is still my favourite character (bar perhaps old Millicent and her insightful directness!). When approached for help to find out what happened to her apprentice Robert Skinner who has been murdered, she describes herself as "nothing extraordinary.....just a mother who has lost her own son who will do what she can to help..." But, although this comment is reflective of her humility, Alice is extraordinary. Especially as a single woman in this particular era. She is brave with a huge sense of justice, fiercely loyal, protective, clever, kind and loving.

Juxtaposed alongside Alice's life in London, Organ transports us to France where Jon, Alice's love interest, is trying to find Sir Walter Rokeby and bring him home to face justice. But things are not so simple or easy. Moving to France gives Organ a chance to really show off her writing ability as she gives powerful descriptions of battle scenes clearly reflecting the amount of historical research that has gone in to her work. But it is not dry or heavy going - the battle scenes are filmic, vivd, exciting and moving. Just as with the stench of London's street, here you can hear the clash of the swords and the chinks of chain mail. For someone who generally opts for contemporary fiction, I was surprised at how spellbound I was during these scenes!

The relationship between Jon and Alice provides a good contrast with the thrill, danger and murderous nature of the main plot and is as intriguing as the mystery they seek to solve together. They have a true bond and it felt convincing and authentic.

In this second novel in the "Runaway Girl" trilogy, Organ has obviously gained more confidence. This storyline is more expansive, changing locations, countries, viewpoints and, I felt, much more ambitious. Organ moves from London, to France, to Northumberland, includes characters from France, Italy- the ordinary, the villainous and the religious. All so deftly achieved in a very well managed structure and entirely readable. The climatic ending on Holy Island was genuinely exciting and the perfect setting in which to bring all the threads of the story together. It is tense and I love a book which cruelly ends each chapter with a cliffhanger so you are always telling yourself "just one more...." - can you now see my need for a new kindle with a back light!!

Reading "Forgotten Child" was like watching something like "Robin Hood" - or a medieval version of "The Da Vinci Code"! If you don't normally like historical thrillers, you should try this as the story telling is very clear and eloquent. If you are a fan of this genre and enjoy authors like Philippa Gregory, you will love this!

I for one am looking forward to seeing what happens in the final part of the story and where Organ will take us next in the adventure of Alice Wescott's life!

Thank you Emily Organ for an advanced copy of "Forgotten Child" in return for a fair and honest review.